The Help ~ by Kathryn Stockett 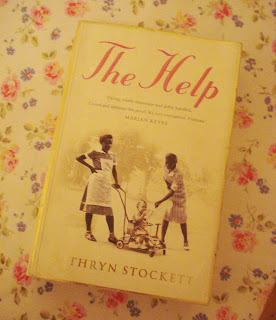 From the very first page, I knew I loved this book.  Little Mae Mobley, the child her mother didn't love, wandered up, wrapped her tiny fingers around my heart and wasn't letting go.  It is fitting that this book begins and ends with this little girl, knowing, as we do, that this novel was written by a white woman, Kathryn Stockett, who was, herself, raised and loved by a black house maid, called Demetrie.

It seems to me that Kathryn Stockett and Mae Mobley have much in common, and I like to think that they are one in the same, because that would mean that the good work begun by Aibileen, one of the narrators and heroines of the book, was not for nothing.  Here was one little white girl who was going to learn that' coloured people and white people were just the same'.  For this is a book full of heroines; wonderful, brave, strong women, whom I will never forget.   But this book is as close as I will ever get to meeting them in person, although reading, and living, their stories comes in as a good second best.

There are three narrators in this novel:  Aiblieen, Minny and Skeeter.  The former two are black house maids, the latter is a white writer, who convinces them to tell their stories in a book; a very dangerous undertaking in Jackson, Mississippi in 1962.  Stockett uses the personalised vernacular of each character in turn, each with a slightly different accent and idiosyncratic phraseology, to create a realism that is startlingly effective and compelling.  I have to admit that Aibileen is my favourite character. That woman just oozed   goodness with a capital G.  It is for her sake that I found myself praying while reading the book, hoping that she would survive the tale, that she would escape the malicious revenge of  Hilly Holbrook; the nasty, racist, society queen/bully.

And the prayers don't stop there.  The tension is palpable on every page: we can never know what danger lurks around the corner for these women; what the racist population is capable of.  Balanced between the intimate relationships that exists between servant and family, are the twisted, un-written laws of behaviour that dictate how blacks and whites should co-exist.  The hypocrisy and double standards are obvious to our 21st Century eyes.  However, Stockett cleverly and artfully, uses music, fashion, current affairs, and a lot of hairspray, to take us back to that 1960s mindset, until, we too, see the insurmountable mountain that is social integration, rise up before our very eyes, casting its long, impossible shadow.  Every crunching footstep on the drive sends a shiver down our spines; every unexpected knock on the door leaves us in a cold sweat: their fear is our fear and Stockett could not have come up with a better way to enlighten us about the reality of life for thousands of black Americans living in the southern states at that time.

I love that this is a book about the power of the written word and reading.  With books come words, and with words come voices.  By writing their stories down, the characters are given power, given a voice; just as 'The Help' itself gives voice to the untold stories of so many black women who gave their lives to raising and loving generations of white children.  Indeed, this story need not be confined to the southern states of America and black house maids: it could be easily be transferred to India, England, Singapore or anywhere where an inequitable system exists of maids and masters.

Twice, Harper Lee's classic, anti-segregation novel, 'To Kill a Mockingbird', is mentioned in this text, and I believe that there is a little of it's main character, Scout Finch, in the person of Skeeter Phelan; the tom-boy who loved reading more than playing with her dolls, and who, despite the racism that surrounded her, could at last declare that 'folks is just folks'.  'The Help', echoes Harper Lee's book but tells the story from their maid, point of view and it makes for fascinating reading.  It is about human relationships, false impressions and the boundaries that we all place between ourselves and others.  I think these two books make wonderful, complimentary, reading.

Finally, the title, 'The Help' is loaded with extra meaning:  we see three women help each other, support one-another, to make meaningful, positive changes in their lives.  Each gives a gift of some sort to the other, each becomes a better person because of their friendship.  They help each other in ways that they cannot imagine or quantify - and isn't that what we all long for in a relationship?   Yet, this book does not just teach us about friendship: it says so much about parenting and motherhood too.  I will never forget the image of Aibileen taking her little charge by the hand and pressing her thumbs down in Mae Mobley's palms telling her, 'You are beautiful.  You are smart.  You are important'.  If that isn't the job of every parent, I don't know what is.  This is a hugely important book: I urge you to read it, and afterward to see if you can ever look on a uniform, a colour or a little child, in the same way again.

Water for Elephants ~ by Sara Gruen 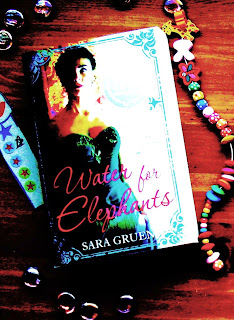 'Water for Elephants', by Sara Gruen was just what I needed on a busy weekend in September.  Once started, I couldn't leave it down for long; it demanded that I give it the attention it deserved.  On a macro level this is a story about a young couple in love;  a small clown; a drunken angel; an elephant; a monkey and a circus.  There is  no denying the allure of the big top.  Gruen tantalises the senses with her descriptions of circus life in 1920's America.  Her language is so evocative, that the pages wreak of peanuts and candyfloss.  You loose yourself amidst the blurring of colours and the cacophonous din of the wild menagerie.  The equally colourful characters, we are told at the back of the book, were often times based upon real people who lived the life of travelling circus entertainers.  Their hitherto forgotten stories were happened upon by Gruen during her research.  It is almost unthinkable that so much of this novel is non-fiction, yet who could ever consider that Rosie the elephant was a figment of someone's imagination; she is so vibrant and alive on the page.
But what this book actually left me with has nothing to do with jugglers and circus performers and is not half as exotic as we might wish.  It made me consider how older people are treated by society.  The book begins and ends with Jacob Jankowski, an elderly man, (of 90 or 93 years old; he can't remember which), who has been left in an old folks' home by his children to simply fade away.  His treatment at the hands of busy, bossy, carers left me livid.  To see this once vibrant, vital, man being treated so, was tragic.  He is shown to be yet another victim of our disposable culture: along with throw away razors and milk-cartons, throw-away parents.  It was not as if Jacob was suffering some horrendous illness; he was just an old widower, still with his full faculties, but suffering from terminal old age.  In this, I find that Gruen's novel is somewhat reminiscent of Nicholas Sparks's The Notebook; it provokes the reader into reconsidering our understanding of the experiences of the older members of society.  She makes us ponder what the future might hold in store for us, and it does not look good!
I haven't seen the movie of this book, so I cannot comment on it, but I do know that it is well worth reading, if only for the way it will make us pause and take notice of the senior people in our lives, for who knows what wonderful stories lie hidden beneath the surface, just waiting to be told.
Posted by My Book Affair at 20:22 No comments: 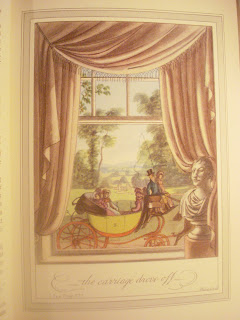