Rest Easy Mr Yeats - The Faeries are Here to Stay 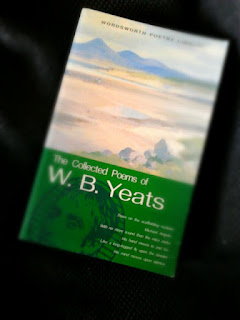 I'll always be grateful to W.B. Yeats for his beautiful faery poems, but there are some who feel they simply resulted in the whole leprechaun-isation of Irish identity and culture.  But I, for one, stand up for small people and take delight in the stories and poems that entice us to dream and imagine another world living alongside our own.

If British culture can celebrate a Tolkien, pint-sized, Hobbit and turn him into a global phenomenon, then why can't we?  It seems that people like' little folk', be they Borrowers, Lilliputians or just regular, garden variety, garden gnomes.
So, while Yeats, Lady Gregory, and the other members of the Irish Literary Revival,  were trying desperately to establish a separate, unique, Irish cultural identity, vastly different and unique from that of the 'British oppressors',' it seems, in the end, that faeries and elves don't just belong to the Irish, but indeed, are beloved the entire world over. 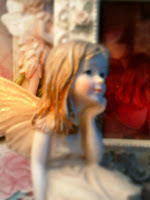 But who are we kidding, Yeats had stylistically  more in common with  Hardy and Wordsworth and the other Major English poets, than ever he had with the old traditional Irish bards who wrote in their native tongue.  Yet, the new, fledgling Irish nation took him to their hearts, faeries and all, and made him an Irish icon.  As any student of poetry can tell you, there is more to Yeats than faeries and none who could so skilfully string a line of poetry together and make the words dance and sing.  Their love of word-smith Willie Yeats goes far deeper than that.
And so, while we await in anticipation for the completion of Peter Jackson's adaptation of Tolkien's classic, 'The Hobbit', we cannot but smile and think with confidence that the 'little people' are here to stay and W.B. Yeats can rest easy in his Sligo bed.