Dickens: Experience Versus The Imagination 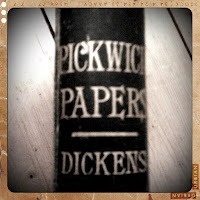 Literary Blog Hop - Question of the Week:  How do you feel about fictional characters who are obviously closely based on the author? Is this an example of authorial superego? Or just a natural extension of the "write what you know" advice?
Well, if you consider the works of Charles Dickens, one of the best author's to have written in the English language in my opinion, his novels invariably contain something of his own life and experience.  The squalor of Victorian London, that so brilliantly captured in novels like 'Oliver twist' and 'Our Mutual Friend', was something that had shaped him as a boy.  He wrote from first hand experience of what the Debtor's prison did to a family at that time. 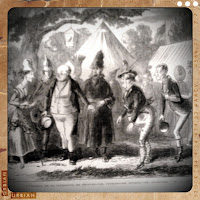 His own father was incarcerated there for running up debts, a fact which Dickens kept to himself all his life, only speaking of it to a couple of  friends, and never to his close family.  Up until this point, no gentleman writer had experienced the hardship endured by the lower classes, they not having had a voice themselves in literature, and this partly explains Dickens's popularity.  He told the story that only he could have told, having secretly lived thorough it himself.  So it is difficult to separate Dickens's story form that of Nicholas Nickelby or David Copperfield; to know where Dickens ended and they begun, so complete are their stories intertwined.

Because of this, I would have to conclude that it is from our great life experiences that the finest novels come, be it consciously done or not. Of course depth of feeling and a fine imaginative mind also served Dickens well, as evidenced by his wonderful plot lines and memorable characters, but that is another day's topic!  It is not that Dickens could not make up a good story, but rather that he had lived so many interesting and wonderful adventures, that he could dip into past experiences to tell tales that are all the richer and more vivid because of it.
Posted by My Book Affair at 10:25