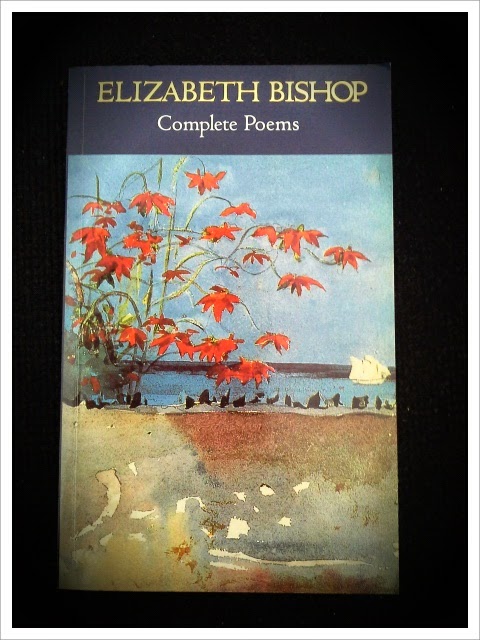 Like most people who read her work, I have long thought of poet Bishop as a painterly poet, in the manner of G.M. Hopkins. No one can colour a scene like Elizabeth Bishop; it is her trademark.
Doubtless her powers of description are keener than most; the famous Bishop 'eye' never fails to capture the essence of a scene. As poet Robert Lowell once told her, 'No eye in the world has seen what yours has'.
Yet, having come to her poems after a gap of almost a decade, I find that they have changed during the passage of time, (or rather I have!) and I can suddenly see beyond the glorious description.

For a start, most unexpectedly, Bishop speaks to me as a mother. Bishop herself never had children, yet there is no escaping the female experience of motherhood in her work, in poems such as 'Filling Station'.  Here, the mother of the family featured in the poem, who live in the oil-soaked, gas station, is never mentioned, but is inescapably present.


Somebody embroidered the doily. Someone waters the plants ...Somebody arranges the cans of oil... Somebody loves us all.'

Of course, Bishop is never specific, but I cannot help but imagine that the 'somebody' that is being referred 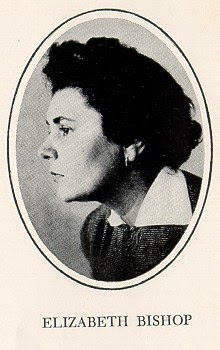 to is the mother of the greasy, monkey-suited family. She is the unseen home-maker, who crochets and maintains the home, beautifying the environment - not unlike Doris Day in the film, 'Calamity Jane' - whose Woman's Touch can 'Give a cabin glamour'.  This is a poem that praises the thankless lot of mothers the world over.
How many times a day have I questioned, 'Why oh why the doily?' when dusting, straightening, mending or fixing something or other about the house.  Why do women feel the need to create a home; to fill it with beautiful things; to furnish?  One might as well ask 'Why oh why IKEA?'

Here Bishop is touching on one of the most basic differences between men and women, but more importantly, she is making a statement about the over-riding feeling of love that a mother feels for her children.  The source of all that creativity, I believe, comes from the same place that love comes from.  That is why writers, poets , painters and composers often fall in love with the piece of art that they have made, referring to it even as 'their own darling child' (Jane Austen).  As a poet then, Bishop did know something of a mother's feelings.

We all of us have a mother; and so 'Somebody loves us all'. Yet the irony is, of course, that, when she was just five, Bishop's own mother was incarcerated  in a mental institution and she never saw her again.  The loss of a parent, alas, is something that I too have had to face in the intervening ten years since I first read this collection of poems.  Suddenly, Bishop's themes touch me, like never before.  Such a monumental event left an indelible impression on Bishop, so much so that fellow-poet Seamus Heaney, called her a 'poet of loss'.

Of course, loss was something that Heaney knew something about, having being sent home from school as a boy because his four year old brother had been killed by a car on the road outside his home.  In his poem 'Mid-Term Break', he recounts seeing young Christopher Heaney in the small white coffin, '


Snowdrops
And candles soothed the bedside; I saw him
For the first time in six weeks. Paler now,
Wearing a poppy bruise on his left temple,
He lay in the four foot box as in his cot.
No gaudy scars, the bumper knocked him clear.

A four foot box, a foot for every year.

Bishop describes something very similar in her poem 'First Death in Nova Scotia', where she recounts her first experience with death, when her young cousin Frank, named Arthur in the verse, died.  Most telling of all, it is her own mother who lays out the body and then lifts her up to see the body.  In this way, it is her mother who physically introduces Bishop to Death.  This would be the first death of many in Bishop's life.

The similarity between her poem and Heaney's is inescapable.  She writes:


Arthur was very small.
He was all white, like a doll
that hadn't been painted yet.
Jack Frost had started to paint him
the way he always painted
the Maple Leaf (Forever).
He had just begun on his hair,
a few red strokes, and then
Jack Frost had dropped the brush

and left him white, forever. 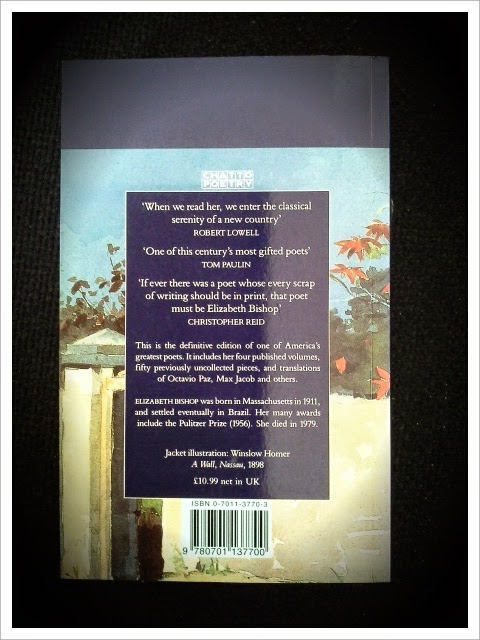 Both poets make reference to 'snow', the bruised head of the child, marked with the colour red, and give prominence to the small stature of the dead boy's body.  But while Heaney's poem swallows back raw emotion, Bishop's presents us with an emotionless view of death.  In fact, the child speaker in the poem transforms the death scene into something almost magical and fairytale-like, with references to Jack Frost and a prince and princess.  However, it is the title that is most telling, this being the first death of her experience, reminding us of the later death-like loss of her mother, which is conspicuously NOT the subject of the poem.  Once again, it is the absence in Bishop which is most telling.
Bishop rarely mentioned her mother in her poems, preferring instead to focus on geography, travel and animals amongst other things, yet the loss of her parents at such a young age seems to colour much of her writing.  And while Heaney did name Bishop a poet of loss, and it is true that Bishop experienced much of what can be termed 'awful',  in her life, her outlook remained wryly positive, despite everything.  As her poem 'The Bight', and her tombstone, claim: life goes on, despite everything, 'Awful but cheerful', which is something that I can certainly relate to more and more as the years go by. Who knows how Bishop will speak to me a decade from now - I promise to let you know as soon as I find out.